Owning more than 65 ha of vineyard, the Cattin family is one of the largest family-owned Estates in Alsace. The plots, located either under the Grand Cru appellation, AOC Crémant d’Alsace or AOC Alsace, are spread over three places: in Voegtlinshoffen, around Steinbach and near Colmar.

Between the village Voegtlinshoffen, where the winery is located, and Hattstatt, there is a historical area of the Alsatian vineyard: Grand Cru Hatschbourg. According to the legend, the name « Hatschbourg » comes from the first castle built by the Lords of Hattstatt. This place which hinges on the ruins of an old Gallo-Roman city named « Altevic », seems to have always been a wine-growing area.

Terroir: vines are planted on slopes, with an altitude varying from 200 to 330 m. In the heavy, deep and well-drained soil, made of marl, clay and limestone, grow the four “noble grape varietals” : Riesling, Muscat, Pinot Gris and Gewurztraminer.

The first written works regarding the Hatschbourg vineyard date back to 1188. Later, in the XIII century, the Augustinians, from a near monastery, were already claiming the quality of the wines produced from this area.
Two Centuries later…The Hungarian Queen owned a vineyard there. The reputation of the place was built. During the entire Middle Age, this vineyard was cultivated by bishops and clergymen from the region. In the XVII century, the first vintages started to be exported in northern Europe.

Steinbach, its pinot noir and the legend of St Morand

Steinbach, a mythical place for pinot noir production, is nicknamed the « Steinbacher Rôta », which means Red of Steinbach. Those vines have a limited yield and produce, indeed, fruity and compelling nectar.
The church and the chapel of the village are dedicated to St Morand, the patron saint of winemakers since the 11th century. The legend says that one day Morand was greeting some guests while having an empty barrel. After making a cross sign, the barrel filled up itself without ever getting empty again!

Terroir: Steinbach, which is located in the south of the Alsatian vineyard, is renowned for its Pinot Noir. Joseph Cattin holds south-east oriented plots with an optimal exposure combined with ferruginous and sandstone substances. Both of these conditions provide a unique concentration to the wines.

This vineyard was a battlefield during the First World War. It then became a wilderness until 2000, when the Domaine Joseph CATTIN decided to re-grow vines on the legendary vineyard.
With 8.12 ha the Madelon enclosed plot is one of the largest clos in Alsace, planted with only one grape variety. Indeed, pinot gris is the only grape variety planted there. It is also one of the highest plots in terms of altitude, with a summit reaching 425m. 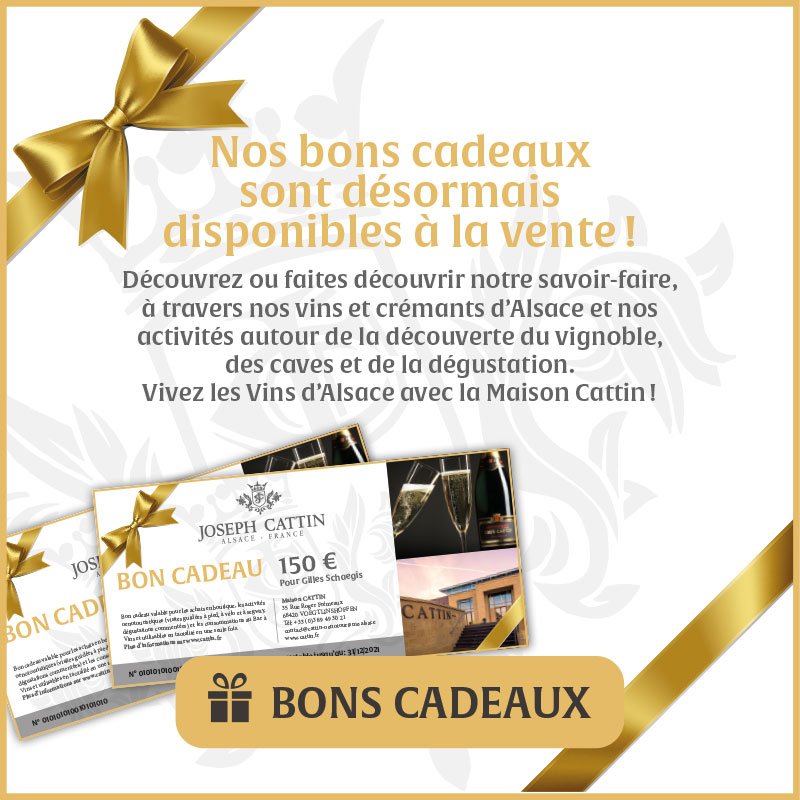